In the last weeks of Monsoon, we have decided to experiment a new method of planting Mangroves. Just as a pilot project of planting Mangrove saplings parallel to the sea wall for one kilometre. Instead of just planting the seedlings in the coastal loose sand, the seedlings are to be planted in an artificially created habitat for the mangroves to grow. If the pilot project proved well, our final goal is to plant seedlings of mangrove and associated species at the trance-Vypin coastal line, which is approximately 20 km excluding Elankunnappuzha Grama Panchayaths.

At Elankunnappuzha Gram Panchayath, there are already a significant presence of Mangrove and associated species. Since the area is under the control of BPCL and LNG Petronet Project (Central Govt. Project), no private groups are authorized to access the land. The dominant species in this area include Avicennia Marina and Avicennia Officinalis. And Rhizophora apiculata is also present but is less common. Rest of the island, we have to maintain the currently available species and plant more saplings.

For the pilot project, the following area is selected.

On the specified three sites mentioned above, Grassroute already has planted more than thousands of mangrove saplings and associated species and still maintaining it on a daily and weekly basis.

Mangrove and associate species – an introduction

The mangrove species mentioned above are widely available in these areas. Even though we can collect locally grown seedlings, we prefer to buy scientifically grown and more viable saplings of Rhizophora mucronata from the following sources:

Instead of just planting seedlings in the coastal sand, the seedlings should be planted in an artificially created habitat for the mangroves to grow. For this, we plan to dig a trench with one-meter width, one-meter depth and 100 meters of one km length. This project is a pilot project.
Our ultimate aim is to plant as many mangrove saplings in a trench with 10 – 20 meters width and one-meter depth on the Vypin coastal line and then to extend it to the entire Kerala Coastal line.

At Thayyezhuthu Beach, volunteers dug a ten-meter length, one-meter breadth and one-meter depth canal. Work started at 4:45 PM and finished the job at 6:50 PM. There were six volunteers who actively participated in the event.

Collected silt from Aniyil (a nearby place) Fish pond, Edavanakkad and deposited it in the pit we dug on the previous day. As the next layer, we filled dried leaves and paddy straws. And on top of that, we poured cow dung.

The artificial habitat is ready. Now we need to plant the mangroves in the pit.

Again we manually collected some more silt from a nearby fish pond, owned by Dhananjayan, a Grassroute member. And topped it up on the pit.

Mangrove planting schemes are being organized extensively across the state under the leadership of various environmental organizations, nature lovers and the government. But no one has yet experimented to create a suitable environment for mangroves in parallel to the sea-wall. This is an experimental project. If it becomes successful, it will be proved that instead of demolishing the Western Ghats and building a sea wall with heavy rocks, it will be possible to build a stronger and sustainable biological sea wall with mangroves along the entire coast of Kerala.

Maintenance of the project

Just planting is easy to do. The maintenance part is tougher and harder. Anyway, Team grasroute is pledged to maintain it on a periodic basis. Next thing is to do a detailed plan for maintenance. 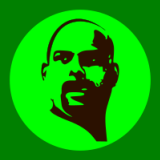